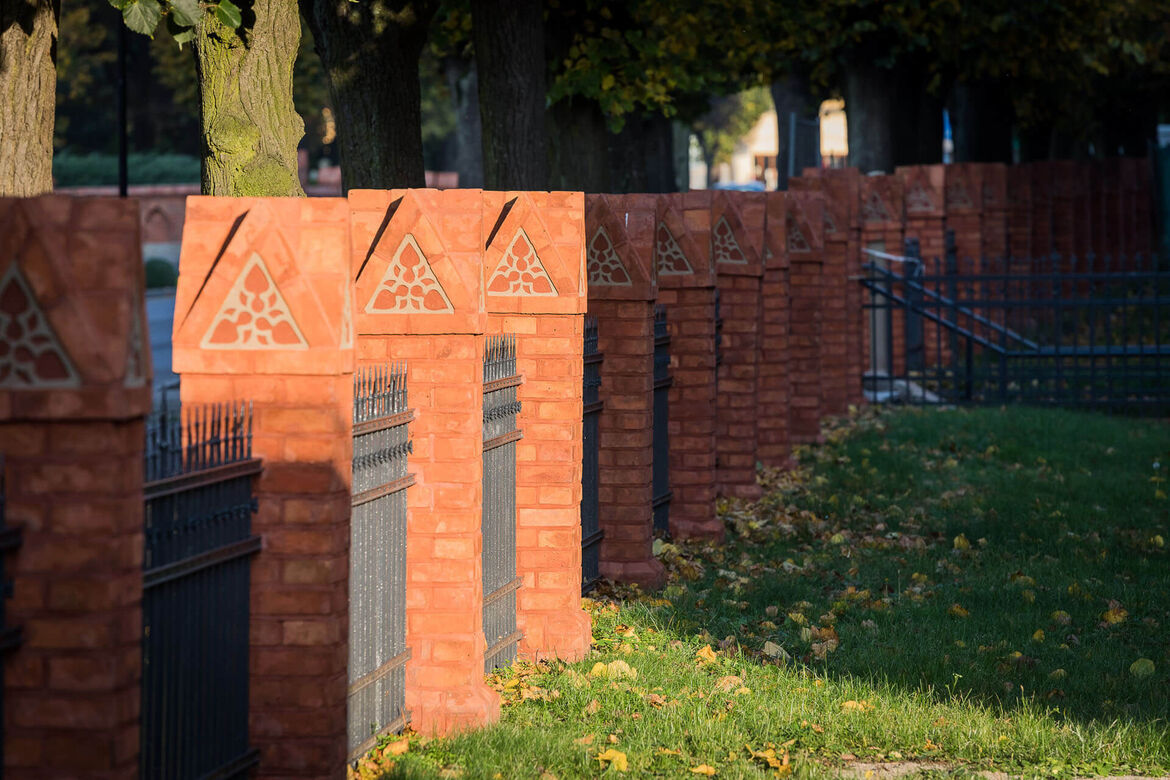 Kociewian Cultural Centre – renovation and construction works are in progress

The project to establish the Kociewian Cultural Centre in Pelplin is entering its next stage.

As part of the project, three buildings in the area of the former Post-Cistercian Abbey, including two historic buildings, will be thoroughly renovated: Gatehouse from the 15th century (today the seat of DTIC), the House of the Sisters from the first half of the 19th century and the former library dating back to the late 1980s. The buildings will be modernised and adapted for cultural and educational purposes, becoming the organisational and administrative part of the KCC.

The KCC is one of the elements of a large-scale action for the protection and development of the cultural heritage of the Medieval Post-Cistercian Abbey in Pelplin. It will offer a rich cultural and educational programme for both tourists and residents. The new offer will include: tours around the Abbey with a guide, historical workshops, educational and artistic workshops, ethnographic classes, music workshops, Book Club, quizzes on the history of the Cistercian Abbey, Pelplin and Kociewie, four permanent exhibitions. The objects, which will be managed by the KCC, will also be made available to local non-governmental organisations for their own cultural and educational activities.

The works that will cover the Gatehouse (building of the DTIC) include repairs of the roof and sheet-metal coverings, walls and ceilings, façade, electrical and sanitary installations (including adjusting toilets for the disabled).

The former House of the Sisters will be transformed into the House of the Artist – in addition to the roof and façade, the interiors will be thoroughly renovated so that they could fulfil their new function. Rooms will be separated, a new staircase will be constructed, floors and inner doors will be replaced.

The currently closed library building will house the Kociewian Centre for Education and Culture. Above all, the building requires structural reinforcement. The interiors will be completely rebuilt, a new staircase will be added, floors, inner doors and windows will be replaced, electrical and sanitary installations will be renovated.

All three buildings will be equipped with anti-breaking, anti-damage and fire fighting systems. The whole complex will be complemented by landscaping – 1000 m2 of lawns, benches, rubbish bins and pots will be added.

Let us remind: in March of this year, the Diocese of Pelplin signed a contract for renovation, reconstruction, adaptation and modernisation of the buildings of the newly created Kociewian Cultural Centre and the execution of certain fixed assets as part of the project entitled: “Kociewian Cultural Centre – modernisation and adaptation of historic buildings belonging to the Cistercian Abbey in Pelplin”.

The project, thanks to the positive decision of the Ministry of Culture and National Heritage, received funding of PLN 12,482,821.83 from the Operational Programme Infrastructure and Environment 2014 - 2020, under Measure 8.1 of priority axis VIII Protection of cultural heritage and development of cultural resources. The total cost of the project is PLN 14,685,672.75.