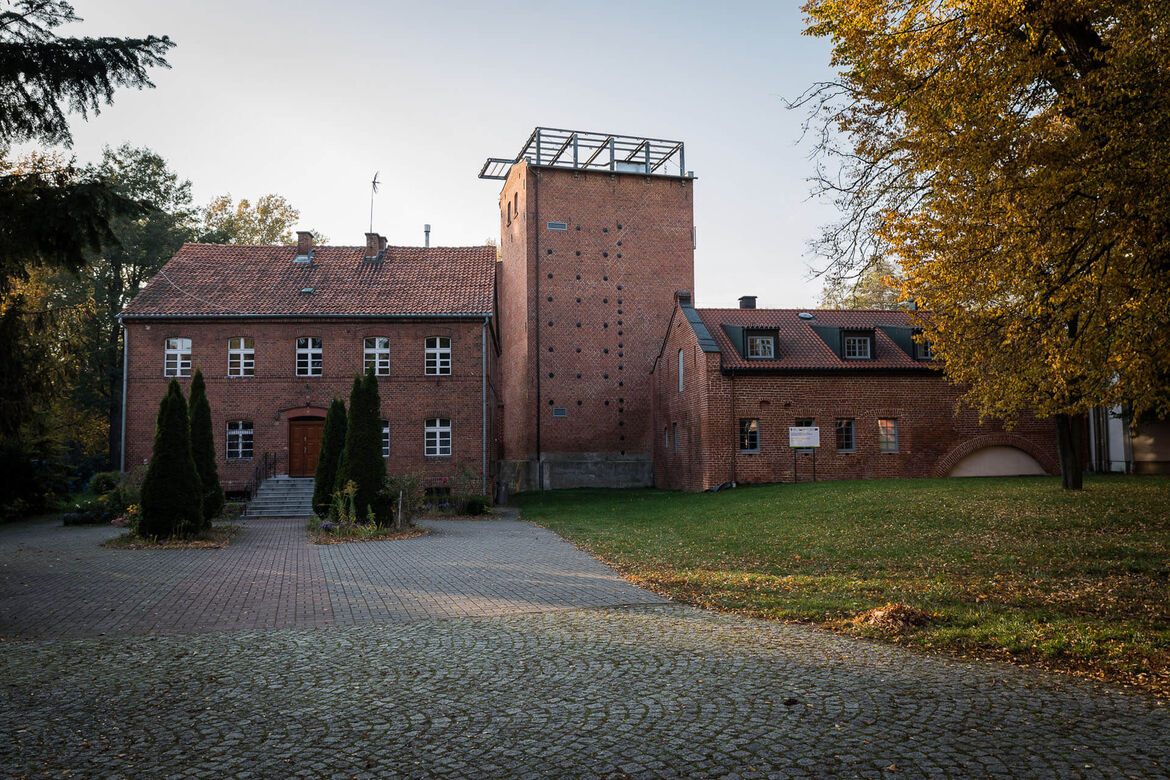 Interview with Tomasz Lesner from the Institute for European Initiatives

– In 2017, the Diocese of Pelplin received funding from the Ministry of Culture from the European Regional Development Fund for two projects carried out in the city – the revalorisation of a baroque park complex – the Bishops’ Gardens – and the creation of a new cultural and educational institution – the KCC, or Kociewian Cultural Centre. We are talking to Tomasz Lesner from the Institute for European Initiatives, plenipotentiary of the Bishop of Pelplin for projects financed from EU funds. Mr Tomasz, let’s start with a simple but basic question – why Pelplin?

– The very fact of having to ask such a question confirms the legitimacy of our actions – many people in the region, and even more so in Poland, associate Pelplin at most with "some important" church. They’re completely unaware of the importance of this place. Meanwhile, the Pelplin Basilica is one of the most outstanding achievements of brick Gothic in Poland. Its interior is filled with priceless works of Baroque sacral art, in particular the main altar, which the largest altar in Poland. Its attic, in turn, hides a set of technical relics from the 17th century, so far not available to the public, but unique in Europe. At the same time, Pelplin is not just a Basilica – it’s part of the Post-Cistercian Monastery Complex, one of the best preserved in Poland – in 2014 it was declared a Monument of History by the President of Poland. In addition, the nearby Museum houses a rich collection of other treasures of art, mainly Gothic, and the only Polish copy of the Gutenberg Bible.

A centre with an object of such importance has the potential to become an important point on the tourist map of the region and as such ideally meets the criteria for the measures taken under the European Regional Development Fund’s priority axis VIII – “Protection of cultural heritage and development of cultural resources”. This is particularly relevant as many of the buildings making up the entire complex is in poor, or very poor, technical condition. The Basilica itself is undergoing the most serious renovations as part of the project launched in 2016, also co-financed by the Ministry from the Fund. On the other hand, the two projects we’re discussing here will finance the thorough renovation of several other historic, and not only, buildings in the post-convent areas, as well as the above mentioned revalorisation of the Bishops’ Gardens and opening them to the public as well as the establishment of the KCC.

– Let’s stop at the KCC – what is the Kociewian Cultural Centre supposed to be?

– The idea of establishing the KCC came from the simple fact that Pelplin has indeed been an authentic centre of local culture for a long time now. A whole range of cultural, religious and sporting events takes place in the abbey and on the streets of the city all year round – there is hardly a month that goes by without at least one. Meanwhile, the Diocese has prepared a coherent strategy for the development of Pelplin as a centre of culture and tourism, and the KCC will be responsible for coordinating all these large-scale activities. To this end, it will create a new, more attractive and enriched cultural and educational offer for both tourists and local residents. The programme will include: tours around the Abbey with a guide, historical workshops, educational and artistic workshops, ethnographic classes, music workshops, Book Club, quizzes on the history of the Cistercian Abbey, Pelplin and Kociewie, four permanent exhibitions.

Such an increase in the attractiveness of the tourist offer is obviously intended to attract more visitors to Pelplin and thus also facilitate further investments in the protection and development of the cultural heritage of the local Cistercian Abbey. After all, this is an essentially endless process requiring huge financial outlays. It should be emphasised that the Diocese, together with the Provincial Conservator, has been taking action to restore the works of art, albeit on a smaller scale, for many years, but the scale of needs is still enormous.

– The project is called “Kociewian Cultural Centre – modernisation and adaptation of historic buildings belonging to the Cistercian Abbey in Pelplin”. Please tell us which buildings will be renovated?

– Three buildings will undergo thorough renovation - two of them are historic: the Gate House, the oldest part of which dates back to the 14th century, and which today houses the Diocesan Tourist Information Centre, an institution currently responsible for tourist services on the Abbey grounds, and the 19th century House of the Sisters. Paradoxically, however, the third building, the library, built in the 1980s, requires the most urgent intervention, as the whole structure of the building needs to be strengthened. This is due to its location directly on the Wierzyca River, as well as the materials and technologies which were used to build it. The building will be additionally extended with a staircase, sanitary and electrical installations, as well as floors, internal doors and roof windows will be replaced. The scope of works in the historic buildings is also very wide – in both buildings the roofs and façades will be renovated, in the Gate House the ceilings will be strengthened, electrical and sanitary installations will be replaced, and a toilet adapted to the needs of the disabled will be built. The interior of the House of the Sisters, in turn, will also undergo reconstruction, including a new staircase and new rooms, as well as new floors and doors. Antitheft and fire protection systems will be installed in all three buildings.

As for the construction work, it will be crowned by landscaping which will involve the creation of 1,000 m2 of lawns with new benches, flower pots and trash cans.

These facilities will be managed by the KCC - in the former House of the Sisters there will be a House of the Artist, and in the library - the Kociewian Centre for Education and Culture (KCEC). The buildings will provide excellent premises for all cultural events and educational activities of the KCC. Additionally, they will also be made available to other local organisations for their own cultural and educational activities, which is the answer to one of the main problems they have to deal with on a daily basis. The KCC will therefore be an authentic animator of culture in Pelplin, not only managing the resources of the post-Cistercian complex, but also supporting the development of other local cultural initiatives.

– Where can we find information about the further development of Pelplin’s initiatives?

– Each of the co-financed projects also provides for specific marketing activities. Each of them has its own website, where all detailed information can be found – about the project itself, the history of Pelplin, the monastery and their monuments, as well as the current status of the works. The websites will also feature films that will be made as part of the promotional activities – about the history of the former Cistercian Abbey, the Bishops’ Gardens, the monuments of the Basilica.

– Thank you for the interview.