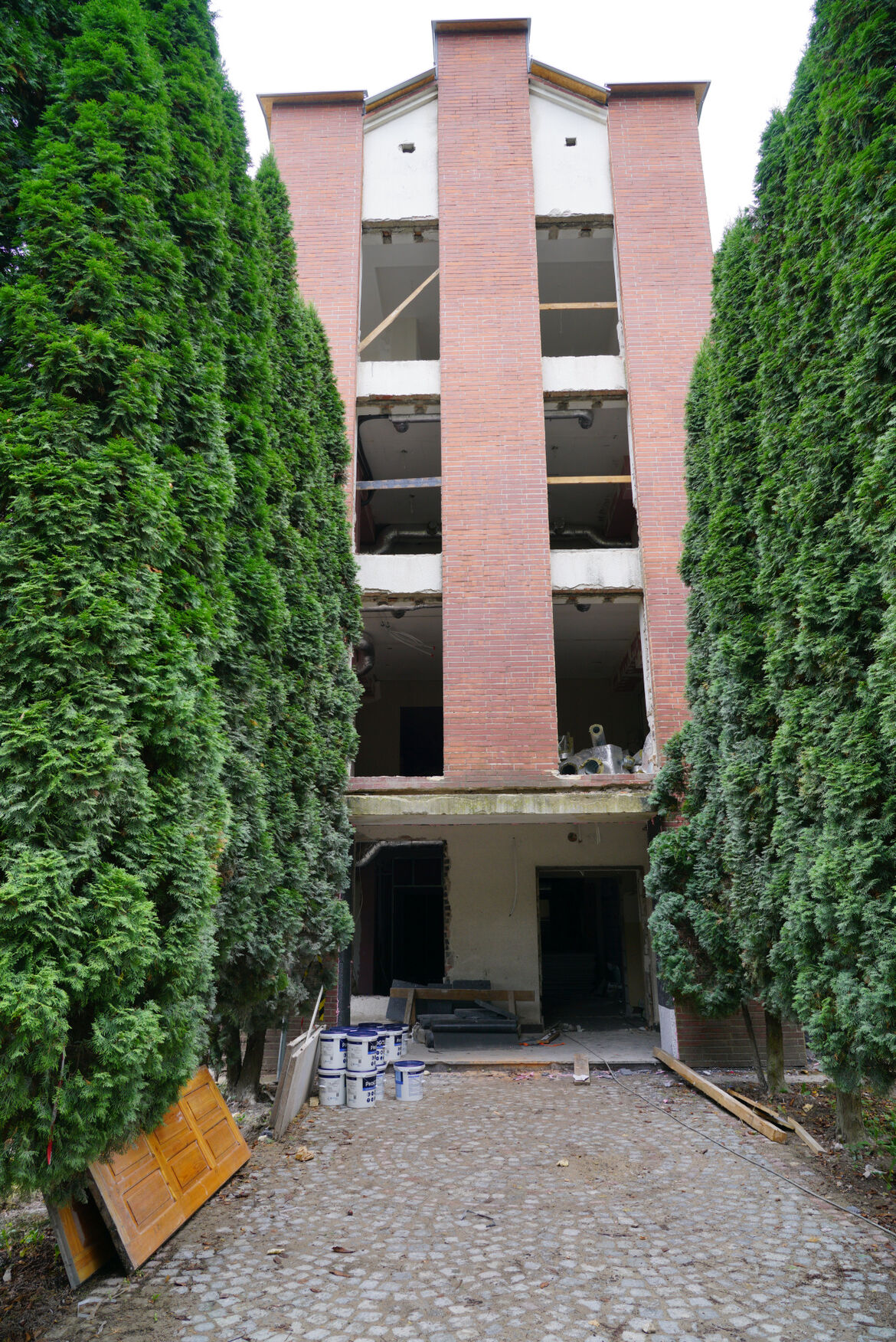 Kociewian Cultural Centre – the next stage of renovation and construction works

The project to establish the Kociewian Cultural Centre in Pelplin is entering its next stage. After completing the most urgent works in the former library building dating back to the end of the 1980s, in which the Kociewian Centre for Education and Culture will be built, work has begun on the thorough renovation of one of the two historic buildings that will be administered by the KCC – the former Gate House.

The building is a priceless monument, which currently houses the Diocesan Tourist Information Centre. Its oldest part dates back to the 15th century, and was extended in the first half of the 17th century. The building was further extended in the 19th and early 20th centuries.

The programme of works on the monument includes repairs to the roof, walls and ceilings, replacement of flashings, modernisation of sanitary and electrical installations. Renovated toilets will be adapted to the needs of disabled people, a baby room will also be created. The building will also be secured against theft and damage, and a fire protection system will be installed.

Let us remind you that within the project another historic building on the territory of the former Cistercian Abbey will undergo a thorough renovation: the former House of the Sisters from the first half of the 19th century, where the House of the Artist will be built. The construction works will be crowned with the development of the area between the buildings covered by the project – there will be new lawns and necessary elements of small architecture, such as benches, trash cans and plant pots. The buildings will be modernised and adapted for cultural and educational purposes, becoming the organisational and administrative part of the KCC.

The new institution is one of the elements of a large-scale action for the protection and development of the cultural heritage of the Medieval Post-Cistercian Abbey in Pelplin. It will offer a rich cultural and educational programme for both tourists and residents. The new offer will include: tours around the Abbey with a guide, historical workshops, educational and artistic workshops, ethnographic classes, music workshops, Book Club, quizzes on the history of the Cistercian Abbey, Pelplin and Kociewie, four permanent exhibitions. The objects, which will be managed by the KCC, will also be made available to local non-governmental organisations for their own cultural and educational activities.